In this story in our ongoing “Time Travels with Elmhurst” we can feel the heat of a Carolina tobacco farm, hear jazz music drifting through New York City streets, smell baking bread, trace the intricate stitching of a quilt, marvel at the many forms of wood, and hear an excited Cambodian child recite American history. This Time Travels celebrates the lives and works of Jim and Freddie Smith.

Ruralite introduced the work of James (Jim) Smith in a 1989 article, “Woodcarver” and we recently had the pleasure of sharing coffee with his wife Freddie. We were particularly fascinated by the artistry in Jim’s work – the realism of it, the way you can imagine stepping into the scene, and the history and passion of human experience he brought to life.

According to copies of articles Freddie has preserved, Jim was a master carver, painter (although this was his least favorite expression of his art), teacher, jazz musician (playing saxophone, clarinet and flute) and social activist. While wood carving was his preferred artistic expression, his choice of wood was limited in North Carolina. Years later when he moved to the Pacific Northwest, we are told he “rejoiced” at the variety of trees. He grew up on a tobacco farm in Leggette, North Carolina, the son of a sharecropper. Wood carving was a family affair, and the family carved their daily necessities such as dishes, furniture, doors, and hardware. Jim started carving when he was about eight years old and sold some of his work at the tobacco auction. He grew to express the poverty and deprivation of the black sharecropper in some of his work.

When he graduated from high school, Jim moved to New York City and attended Cooper Union College and the Students’ Art League. His paintings were shown in 14 exhibitions, all before he turned 21 years of age. He supported his growing passion for woodworking by working as an occupational therapist in a hospital. While in New York he was a close companion of Sonny Stitt, Max Roach, and Abby Lincoln. He played saxophone in a band at the Village and met Maya Angelou at this time.

Jim joined the Air Force when he was 21 so he could travel. It was during his military travels that he met his wife Freddie in Massachusetts (she was visiting from Detroit). In 1965, he was transferred to McChord Air Force Base and settled in Lakewood, which is where our Elmhurst community met Jim and his family.

After leaving the military, Jim worked for Ernst Hardware before eventually retiring to purchase Defiance Hardware Co. on North Pearl Street in Tacoma. As hardware chains grew in popularity in the Tacoma area, Defiance Hardware was less able to compete, and Jim gradually turned the space into a wood carving studio and taught many classes over the years. His lifelong dream was to own a wood carving studio for aspiring carvers, and at least 5 of his students became master carvers. During his lifetime, Jim collected and used 150 different carving tools. The only other tool he used for his carving was a bow saw.

Jim’s work included bas-relief scenes, furniture, totem poles and wood antique repairs. He was advised to be careful with carving totem poles as every piece reflects the culture, history, and values of each tribe. He repaired decorative pieces used on boats. He created yard work, but eventually gave that up as the work often deteriorated when exposed to weather. Freddie’s favorite piece of Jim’s work is this beautiful baby cradle. She remembers him making this for their son. He would come home from work each day and work on this in the evenings.

After retirement Jim worked for the Department of Health and Human Services as a home support specialist, which helped foster parents cope with troubled children. We are told he especially loved working with the babies and gained a lot of satisfaction in helping these vulnerable children. We are sad to share Jim passed away some years ago. Freddie describes him as a complex man – one who appeared outgoing without always fully sharing thoughts and feelings closest to his heart. He often retreated to his wood working space and enjoyed the solitude of creating this beautiful art.

While we originally set out to learn more about Jim Smith and what happened to him since 1989, we were delighted to meet and learn about his widow, Freddie. An artist in her own right, Freddie’s work was displayed in art exhibitions along with Jim’s and quilting shows all around the state of Washington.

Freddie first learned about quilting from watching her grandmother and mother in their quilting circles. She started her craft much later in life as she approached retirement. She learned quickly, studied with experts (Pat Rosenthall, Jan Powers, and Julie Monker), joined quilting clubs and was recognized both for the unique expression of her work and the stories she shared about quilting symbolism and history. Freddie brings quilts to life describing how they are used for warmth in cold weather and how they are often made from recycled shirts, dresses, curtains and sugar and flower sacks. Often quilts had signs and symbols sewn into them and served as maps to slaves escaping the south on the Underground Railroad.

Freddie’s quilts stand out as she prefers bold colors and designs. She dismisses the idea that quilting can only be mastered by those with creative skills. She says the biggest thing is to not be afraid, not worry about technique or getting everything right, and to just start sewing. 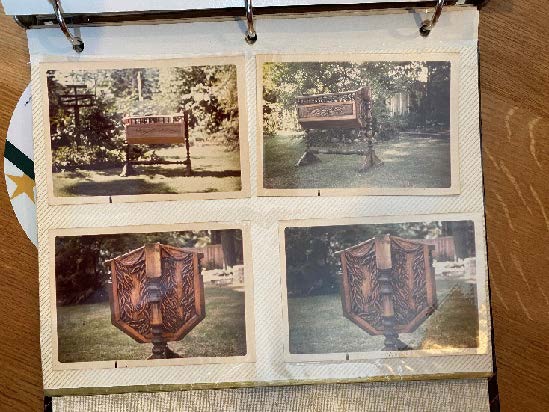 Freddie also grew up on a tobacco farm – her grandfather purchased a farm in South Carolina after his retirement as a pullman porter. They escaped the harmful effects of tobacco because her grandfather told the family, “we plant it, we grow it, we harvest it, we sell it…we do not smoke it.” The family followed his advice and have lived long and healthy lives. Freddie is her real name, and she has a sister named Terry and an aunt named George. Her grandmother said, “your names will get you the interview, you will have to get the job from there.” The advice reflects the times when women, especially if they were African American, had fewer economic opportunities.

Freddie longed to go to college but lived in a time when family resources were scare and typically devoted to sending boys to college. That didn’t stop her from becoming a life-long learner and ultimately teaching others. She attended a Quaker School (Martha Schofield) and recalls the attention each student received, that teachers knew each student individually, looked out for the student and gave them hands-on guidance in fashioning a successful future. She compares this to the public education she experienced when the family moved to Detroit and mourns the deterioration of public-school standards many communities have experienced.

Freddie worked for many years as a Hazardous Cargo Inspector for Tri-Services (Army, Navy and Coast Guard) and raised a family. Her son Jason worked in the hospitality industry, construction of super mega yachts, and property management. Her grandson Cai owns his own business in Tacoma and has followed his grandfather’s footsteps in working for the Department of Health & Human Services. Jason also has two daughters. 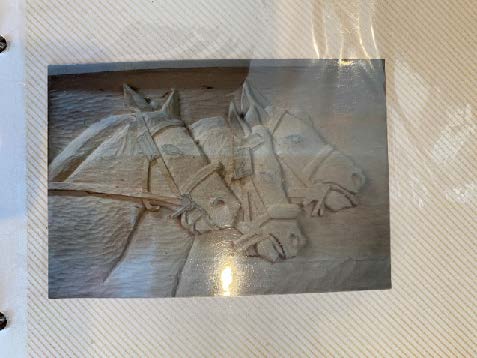 While Jim didn’t prefer to travel as he got older, Freddie loved to travel the world and has visited many countries in Europe and southeast Asia. One of her most memorable visits was to Cambodia where she marveled at the effort young children put into learning languages (she met an 11-year-old who could speak 5 languages) and how much the children knew about the history, culture, and government of the United States. She travelled with a group who taught her how to approach visits in each country, what was considered polite, how to show respect and honor the traditions, culture, and rules of each country, and how to always try the food set before you no matter how strange it might seem.

Freddie also loves to cook and learned from a young age how to make homemade breads and pastries (we nearly drooled listening to her describe croissants, which have more butter in them than should be legal) and preserve fruits and vegetables. She enjoys looking at the color and pattern variety in well stocked home food preserved pantries, and says the best dinner is a warm biscuit with home-preserved peaches. She says she is her own best critic and taster, and we can certainly relate.

Our interview initially focused on Jim, as we look to understand the history of our community and celebrate these past 100 years. Freddie graciously shared pictures of his work and allowed us to take pictures. She generously shared stories about his life, and we could have spent twice as much time as we had studying the pictures of his carvings. We wished we had known about Freddie’s accomplishments in advance – we are told she has a similar binder of pictures featuring her quilts. While we and our readers will have to be satisfied with our imaginations of her work listening to Freddie’s stories, we hope you will enjoy and share our admiration of these pictures of Jim’s work.